The Communist Party of Turkey organized a rally on Saturday, 14th of April, denouncing the US-UK-France led attack on Syria. Following the public distribution of TKP’s declaration condemning the attack by TKP members in various districts of Istanbul, hundreds of citizens gathered in Kadıköy and marched in a central square. The protesters held banners and chanted slogans in solidarity with Syrian peoples against the imperialist operation, including “Down with the US”, “Down with NATO”, “Invaders always lose”, “”Killer US get out of the Middle East,” “The people of Syria are not alone”.

TKP Central Committee member Mehmet Kuzulugil gave a speech and said: “Fear the rage of the oppressed, the exploited and the toiling masses. They are fed up with your lies, fake images, provocations, disgusting interventions and conspiracies! Exploiting people, forcing people into imperialist wars, making them kill each other for the profit of your monopolies are outrageous crimes. You will definitely pay for these crimes. As the barbarian gangs scorch Syria, the heart of the great humanity is beating with the Syrian people.” 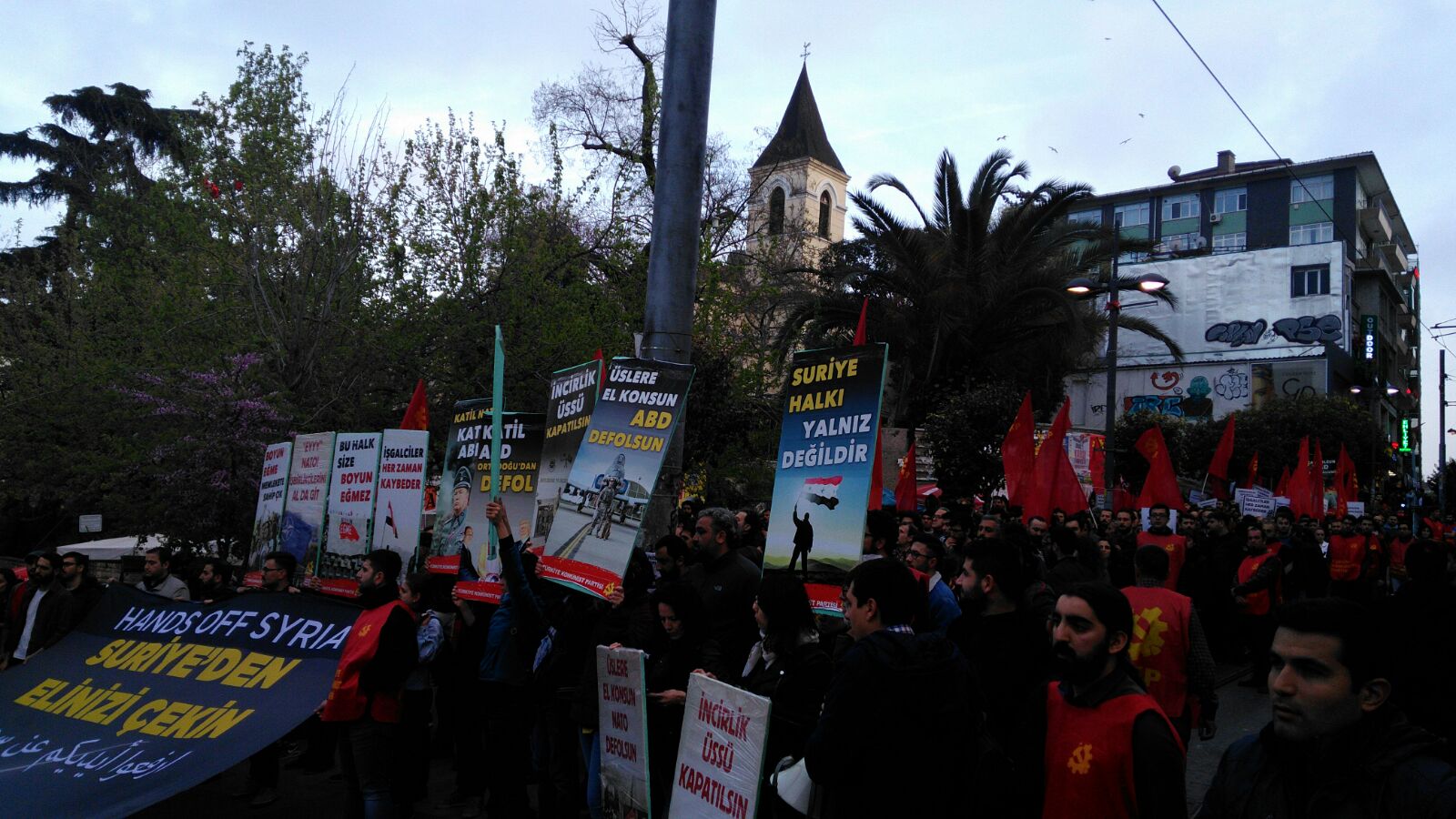