“Facing the capitalist class, which is afraid of an upheaval, we can only move forward and by no means backward.”

On behalf of the Communist Party of Turkey, I salute you with the most sincere comradely feelings. We are very happy to see you again, in person, and be part of this meeting. Let me express our special gratitude to Greek comrades for hosting this meeting, which we consider of great importance.

First of all, allow me to brief you on the recent Party Conference that was held on 26th of June. You would remember that we held a Conference in January of this same year, nevertheless, the Conference in June was organized around the urgent political needs of the Party. I can gladly tell you that this Conference, titled as “Workers Preparing for Revolution and Socialism” had a very strong and ambitious atmosphere, creating great hope and excitement in the party ranks.

The political report of the Conference reflected a very tough stance against nationalist and liberal ideologies which continue to have big influence among the poor strata. The decision to sharpen the ideological battle against the ruling class is an outcome of the objective needs of the revolutionary struggle that we are trying to exercise. TKP does not determine its moves taking into account the existing correlation of forces, on the contrary, we make efforts to intervene at the correlation of forces by determining our objectives. With the participation of 320 secretaries of different organizations and branches of the Party all around Turkey, we steeled our will.

Why does TKP not determine its moves based on the correlation of forces?

The answer is simple. Because the imperialist system is in a very deep and historical impasse, that is very difficult to be overcome in the near future, neither on the international scale nor in individual countries. This impasse is two-folded: On the one hand, the hegemony crisis within the imperialist competition is ceaselessly growing. The US, which managed to hold the hegemony in its hands after the unfortunate dissolution of the Soviet Union, cannot continue to preserve this domination as before. Though other major countries have started to challenge and contest the hegemony of the US, they have not succeeded to change the hierarchy within the imperialist system.

The hegemony of dollar as a currency regressed. The crimes of US governments against other people have accumulated, undermining its legitimacy to a great degree. Moreover, the government of the US also cannot generate consent among masses inside that country as before. The same can be said for all capitalist countries. 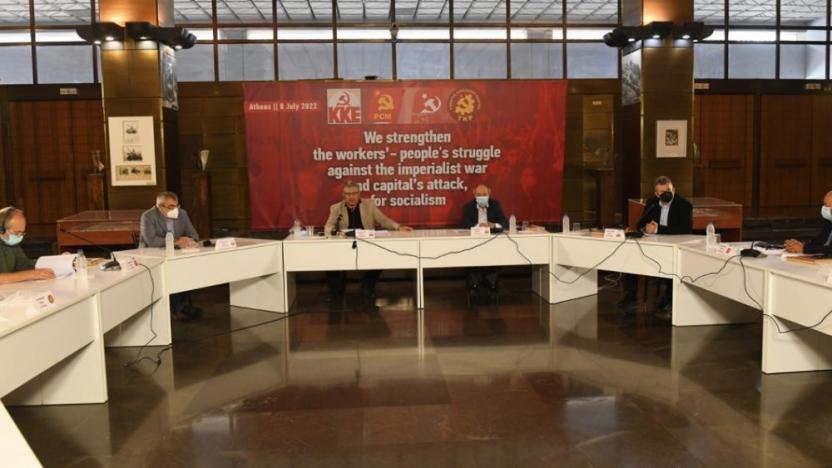 On the other hand, a period of relative stability has not been observed for a long while, given the major economical crises happening one after another, especially as of 2008. While a bunch of capitalists benefitted from this situation in the direction of greater monopolization, millions have fallen into poverty in addition to the masses that were already living under terrible conditions. Following the Covid-19 pandemic and the mismanagement of capitalist social order, intending to exploit the pandemic conditions, even greater level of poverty, unemployment and despair set in. Highest rates of inflation are being observed in many countries in recent months. This crisis situation, this impasse is also concretised in the loss of all credibility of bourgeois ideology and the generalized sentiment of fear from the future in wide masses of the society. In many countries, including those who have been among the so-called wealthy and developed states, people are hopeless, afraid to lose their jobs, homes, experiencing a worsening of living conditions.

The danger of fascism, authoritarianism, and tendencies such as racism do not only signify a problem of mismanagement but they are actually the precautions taken by the capitalist class against the rising rage of poor people. For instance, the recent drawback from the right of abortion in the US cannot be seen as a mere move of conservatism. The liberties are seized, via such a maneuver, so that it is not seen as the outcome of economical pretexts. Issues around Covid-19, or terrorism, etc. are related to the fact that the social injustice has reached a point of explosion, a climax.

A defensive attitude in the face of these developments have no chance to prevail. Facing the capitalist class, which is afraid of an upheaval, an explosion among the society, can only move forward and by no means backward.

And right at this point, communism has to enter into a restructuring in accordance with the “mood” of the period.

The lack of strategy, which is a product of the stagnation during the Cold War and the détente periods, has rendered the communists no longer an important actor. An absolute break with the choices and positions made after the Second World War, especially in Europe, is imperative. It must be recognised that any strategy that postpones the socialist revolution amounts to a lack of strategy.

Again, efforts must be increased so that the alternative to gain weight, the alternative other than the two seemingly opposite tendencies that have been observed following the trauma created by the process which ended in the dissolution of the USSR. The first of these tendencies is to confront the counter-revolution with positions in peace with the social order, to “protect” the communist movement with a parliamentarist approach and to abandon revolutionary missions totally or partially. Those who have chosen this non-revolutionary line have neither gained “protected” areas as they assumed, nor have the masses rewarded this backward line as they expected.

The other tendency is to consider that communism can be kept alive by an expressionist, mechanical, orthodox attitude without paying attention to the real course of life. Although this second tendency is not as harmful as the previously mentioned reformist, social-democratic route, such an attitude does weaken the communist movement, opening up space for right-wing opportunism, prevents communism from becoming a real alternative, and create a caricature out of the legacy of Bolshevism, the Soviet Union and the Comintern.

The communist movement must be principled, determined, creative, and, must be both traditionalist and innovative at the same time.

The ongoing war in Ukraine reminds us that we do not have much time. Comrades, it is dangerous to say that this war is a war of defense, or a national resistance against imperialism or fascism, not only because it means having an illusion about the character of the ruling power in Russia, but also because it means not conceiving the shakes taking place in the internal balance of the imperialist system. These shakes boost the possibility of a wider offensive by the capitalist class against the working masses. The arbitrary use of the concept of fascism disarms the revolutionary movement in the face of the various forms these offenses may take in the future, which may indeed include fascism. Moreover, the outdated approach that in the case of fascism and similar counter-revolutionary processes, fundamental laws of the class struggle and a revolutionary strategy can be omitted must not be allowed to become the predominant approach once again.

The way to do this is to recognise that the shakes within the imperialist system also pave the way for revolutionary opportunities. Communists need to focus on the full side of the glass, of course without daydreaming, and stop complaining that the other half of the glass is empty.

In this sense, we attach great importance to this meeting in Athens. For years, our host Party, the  KKE, has been making a tremendous effort, aiming the international communist movement to return to its revolutionary traditions. This and the efforts of the other fraternal parties here, we follow all those with great interest and enthusiasm.

Comrades, we need to intensify our efforts.

The route to changing the balances within the world communist movement passes through keeping the channels of discussion, evaluation and interaction open, without absolutising the divisions and points of distinction.

We must act with self-confidence, without overlooking the fact that reformism has lost a great deal of energy and has entered into a great depression despite the large area it occupies within the left.

Keeping in mind that there are different conditions in each country, we must carry out a theoretical and political work that will make our principled truths resistant to these specificities.

We need to find ways to allow comradely and constructive  contributions in our decision-making processes, while safeguarding the principle of non-interference in the internal affairs of the parties and respecting their independence.

We have no other choice but to take innovative yet safe actions in the field of press and publications.

Our tasks are hard, but we have confidence in you, our comrades, and ourselves.

Marxism-Leninism is powerful and creative.

We have no doubt that communism will prevail!